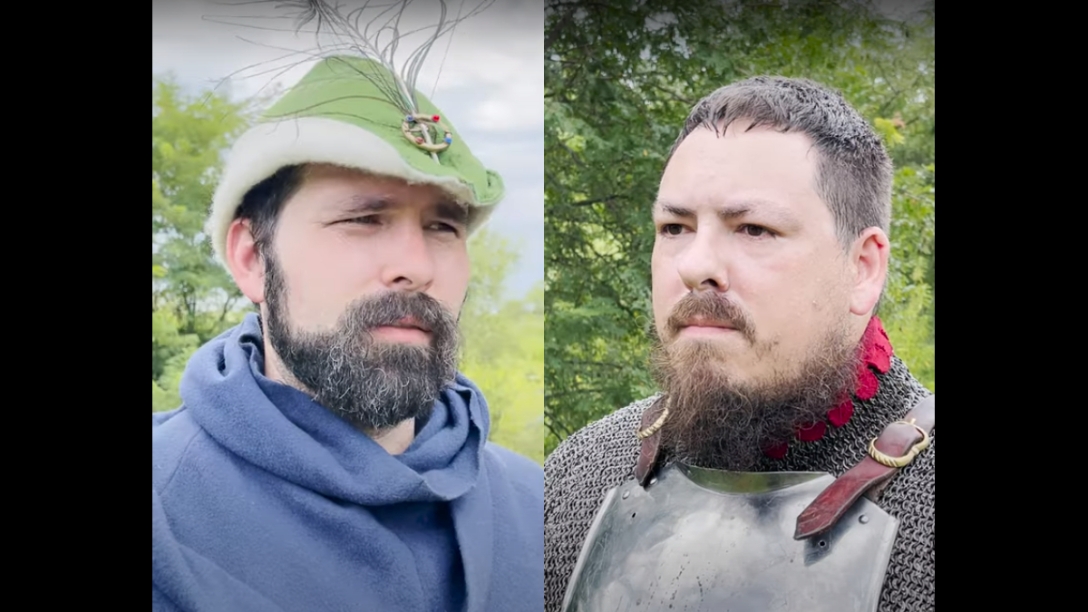 Broken links have been removed or repaired. Unfortunately there are some entries in the morgue, hopefully we can get them resolved this month. There have not been many updates to the website this month, but my “background notes” of entries I want to add have grown. I tend to fiddle with them offline, do my research, get my verbiage straight, find the iconography I want, then add them at the very end.

These are the articles and videos which I shared in August which I think are beneficial to the medieval living history community. To see them in real time, follow on Facebook.

ursuing the Knightly Arts in making a short punchline-short film. Those who support on Patreon were also able to see some behind the scenes papers such as script notes and my terrible story board sketches. For your viewing pleasure:

I am excited to have produced two memes again this month. As per my preferred pattern, one is comical and one is a bit more philosophical. This yeet meme is my daughter’s favorite yet.

A highlight of some of the most popular things on the Turnip Network. Do you have content you think is a candidate next month? Tag me, send a message, shoot over an email and I will feature them on the appropriate pages. If you make the top, you’ll get a mention in the newsletter!

Filming on the tent-upcycle project is under way, though stalled by the fact that there’s a considerable amount of work to do to the actual tent between takes, and so filming can only go as fast as the project itself. I’ve also had a renewed vigor of video ideas, and have scripts for thirty videos in various stages of draft. Many of them require tools and material culture I don’t have yet, but now I have a goal for procurement. The new computer has been a dream to use compared to the broken down old one. If you want to see more videos and faster consider subscribing on patreon where you can support future episodes as well as getting behind the scenes content and have have access to the polls which guide upcoming content.