Every reenactor has their own story, but it rarely gets told in a concise or coherent way. Generally we hear about popular living historians in a fragmented manner; word of mouth, things they post to Facebook groups, videos they produce, etc. I have made it my mission to find these guys and tell their story.

Reece Nelson prominent member of the Medieval Swordsman’s Guild of Kansas City, grew up in the Overland Park, KS. A self-proclaimed reenactor and living historian of 1410-1415 England and France, Reece stresses the importance of studying both the martial art of swordsmanship and material culture that surrounded the development of the art. He is fascinated with the way armor evolved with the advances in metallurgy, tactics, doctrine and technique with a primary focus on the Hundred Year’s War and the War of the Roses. 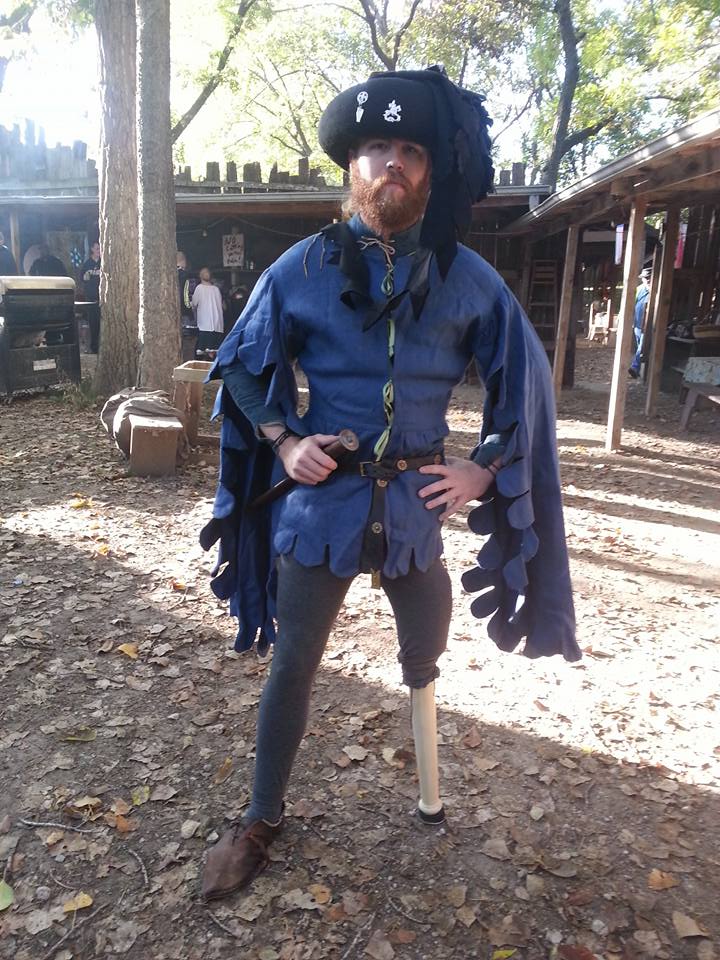 When it comes to his kit, Reece is immediately recognizable in his (he has since polished it away from black, but it has many other unique elements) harness with gold relief and scale fauld. He is most notably proud of his cuirass. During the time that he was producing it, it was the only one of its kind. He spent countless hours rigorously documenting the scale fauld and “saloon door” back plates and is still one of the only people to have reproduced a harness of that type. It is possible that part of his harness was hammered out to the beats of Pantera Cowboy’s from Hell, Reeece’s favorite 90’s jam. And yes, Reece has hammered quite a bit of his own kit, having learned armoring as part of his journey. Doing so not only gave him a valuable skill, but instilled in him a healthy respect and admiration for those who hammer for a living. 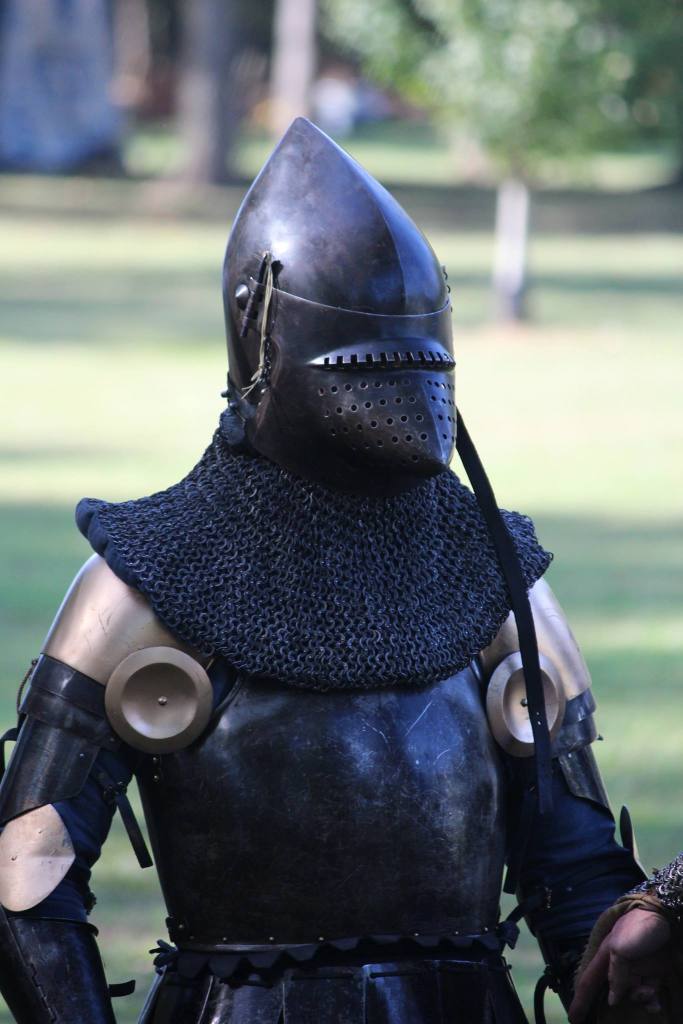 Reece began his journey with HEMA at 21, and began reenacting a few years later. It wasn’t until after high school that he began to really appreciate history, not having been an avid student of history as a subject in school. He laments the way it was presented in such a black and white way, and gained his deep appreciation only after doing research on his own on the things that interested him such as knights, castles, armor, etc. It was when he was free to follow his passion that his love for history blossomed.

A primary instructor and member of the Medieval Swordsman Guild of Kansas City, full harness (Harnischfecten) is his primary area of study and instruction. Outside of historical reenactment and the medieval combat arts Reece plays bass guitar in a metal band called Ecdysis and plays video games; mostly shooter games and real time strategy such as Battlefield, Company of Heroes, etc. Off the field and in normal clothes Reece makes Orthotic inserts for shoes and is training to make prosthetics.

Reece counts Bob Charrette and Trevor Clemons among his greatest mentors and guiding figures. He admires their breadth of historical knowledge on the martial art, arms and armor, and medieval material culture. They avoid the pitfalls of elitism that Reece has encountered and dislikes among some members of the community. Reece opines on the nature of a reenactment event or historical study, and the way that everyone is there for the same reason: to share a passion for medieval history and to learn. He highlights the ability to give constructive criticisms is key to avoiding pushing people away from the hobby. When he thinks of how to foster newer folk, he wants to see them guided and helped, not put down.

Of note is Reece’s YouTube channel Pursuing the Knightly Arts. He began the channel with Ben Bruce due, mostly, to prevalent misinformation. Every week, practically, he would see posts/threads about “armored combat” that were incorrect on various Historical European Martial Arts pages. It would aggravate him, especially when he knew that the community had access to the same resources that he did, such as Wiktenauer. Reece hopes that by creating accurate and entertaining videos dedicated to Harnischfechten, it would help the community and the public understand how knights and men in armor fought and trained. He hopes that he will, in small or large part, dismiss the recurring fallacies such as armored men barely able to move, needing a crane to get on a horse, and clobbering each other till they became too tired and died. Medieval armor was very sophisticated and advanced, so too was their martial art, and he is enterprising on visual media to attack that bad knowledge and replace it with an accurate view of our armored forebears.

So what can we expect to see from Reece in the future? He has an endless list of tweaks in mind for his harness. He intends to add mail sleeves to his kit, as well as add custom greaves and a sabaton. Reece also has plans to expand his out-of-harness material possessions, beefing up his soft kit and finding himself a tent. However, his harness will forever and always be his foremost priority. Only when his armor satisfies him will he feel ready to focus on the rest.

Reece shares his home and life with a Great Pyrenees named Tessa. Inexplicably, he doesn’t like turnips.

P.S. This is not just the first in a series, but the first of this style of article I’ve ever written. Your feedback is the only way I can improve. What kind of questions did I ask that you don’t care about? What didn’t I ask that I should have? Are there different kinds of pictures you think will be more helpful? Reece was kind enough to be my test dummy. Let his sacrifice be not in vain!

17 thoughts on “Behind the Metal: Reece Nelson”