I have mentioned once or twice that the date range I’ve narrowed my impression down to is 1396 – 1420 (or, 1410 +/- 10 years). I have also mentioned that the 1420 date is mostly a convenient, group compliant, estimate and that the impression is probably more accurately in the 14 -teens. Why, then, if my end date is so vague, am I so specific about 1396? Because that’s the year the Turnip of Terror was the High Sheriff of Cheshire.

The love of history is what drives a lot of living history. For all that I like to joke about how it’s all for the love of looking impressive in shiny armor, it’s also about a love for history. Battle of the Nations is what you get when the focus is completely on the armor, and the characterization and history can go stick it where the sun don’t shine. Developing a persona has always, for me, been almost a catharsis. Knowing what genre of person I’m attempting to portray makes me more comfortable with the public. Digging into the past to try and find an authentic way to make my persona fit into legitimate history has an unparalleled effect on my engagement in a specific subject.

Truthfully, not all of history is exciting. There’s something to be said about a man who claims to take joy from pouring over old inventories for the sake of browsing inventories… I have yet to meet the person who’s primary enjoyment is the research alone. I suspect those kinds of people write papers for universities and don’t play dress up much. Tedious research, for me, is a means to an end, it’s about the information that can be extracted from the boring records that motivates me, it’s about learning more and gaining perspective and feeling confidence in my authenticity.

In California I worked as a living history instructor and portrayed various facets of maritime tradition and culture in the 19th century. I was the imperious sea Captain, the crazy cook, the feckless second mate, the hard-nosed chief mate, etc. Though our program had brief trysts with very late 18th century our bread and butter was 1830s. I have a passion for maritime culture that hasn’t dwindled despite years away from the sea and having relocated to the center of the continent. It was tempting to go back to my old stand-by and generate a nautical persona.

But the sailing traditions I really enjoyed are also much later period. It wasn’t pre-Mary Rose sailing that held my passion, it is post-Golden Age of Sail that I love. When I think late and high middle ages I never really think about the boring channel cogs or river drivers, I think of knights on horseback with lances, sword fights, and archery. Instead I chose to take a different tack…

So I made a list of all the things I wanted to get out of late 14th/early 15th century living history. I wanted to be English, high class, influential, fully armored, mounted (or look like I could), an archer. I decided that in addition to full harness, I was going to pick up again on something I enjoy on and off: archery. England was famous for archers, but not necessarily knight archers. I started doing research into the archery traditions of the social classes that could reasonably be expected to wear heavier armor and maintain a higher status, cautioning myself that I may be looking for a bit of fantasy that doesn’t exist. It’s difficult, sometimes, to step back and realize you’ve stopped generating a historical persona and started on your next Pathfinder character.

Then I stumbled upon the Bowmen of Cheshire, or the Cheshire Archers. Described in some locations as “The King’s Secret Weapon”, the archers of Cheshire England were renown in the late 14th and early 15th century as the most feared bowmen in the world. The Cheshire Archers were considered elite soldiers and the best of the best were chosen as a personal bodyguard and fighting force for Richard II. They were acknowledged for their prowess by being paid more than archers from other counties. They operated both mounted and on foot. They were led by Captains and nobles from their own ranks. They also developed a notorious reputation after being given certain latitudes by the Crown and pardoned for crimes.

Now, all good things come to an end. Being favorites of Richard II, when he was deposed a majority of the Cheshiremen supported him and rebelled against Henry IV. Like all rebellions, it’s never clean cut who is on which side, and there were Cheshire Archers on both sides. Their predominant loyalty to Rirchard II during the rebellion, their favor of Richard II before his death, and that kind of in fighting all contributed to a decline in their renown. By the time they were following Henry V in Agincourt the men of Cheshire, while still skilled warriors to be reckoned with, no longer benefited from the “golden child” political prestige they once had.

But considering that my kit fits right into the back side of their peak, they are just the culture to help round out the I wanted to generate. Above and beyond the normal proficiency in archery expected of an Englishman, as a Cheshireman I’d be able to emphasize a focus on archery even more. As a high status gentle it would make sense to be armored. Cheshire troops both rode horses and didn’t at, seemingly, their own preference; so it fits if I ever find myself a horse. The Cheshire Archers had a significant presence in the battle of Agincourt, a very popular engagement for my era of reenactment. They were patriots, personal fists of Kings. They were also not above to working outside the law, a notorious reputation they developed by the 1400s that fits well when participating at events as part of The Hatchetmen. And finally, that brings us to the Sheriff. 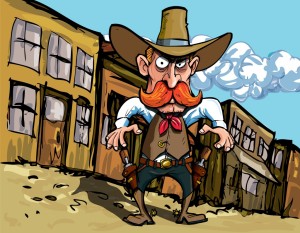 As I mentioned before I don’t want to represent anyone specifically, I want to be myself but in a historical context. Sir Robert le Grosvenor was appointed High Sheriff of Cheshire in 1394. To his misfortune, and my living history convenience, he died in 1396 and the office of High Sheriff of Cheshire appears to have been left vacant until 1398 when Sir Robert de Legh, third in succession, was appointed as Sheriff for the second time. I’ve searched and searched and can’t seem to find any information as to what happened during that time. I stopped just short of emailing the current High Sheriff of Cheshire herself; it seemed impertinent to ask. I’m guessing that the Justice of Eyre covered down, or it just wasn’t that important to fill the spot. However, for my purposes, I’m inserting myself into that gap in the time line.

I accept that it’s taking some liberties with the historical record. In my gut it feels less improper than trying to assume the personality and mannerisms of someone we cannot hope to understand on such a personal level. I could not, with any authority, honesty, or accuracy represent myself as Sir Robert de Legh himself. But, with the right research and material culture I can represent with authority, honesty, and accuracy a former High Sheriff of Cheshire County, England. The best impressions are narrow in scope: they choose as specifically as possible time, location, and culture. By narrowing down the region of England my impression comes from, even if I end up representing that persona a decade or so later from 1396, defining my impression’s origin enhances the authenticity of my impression as a whole. 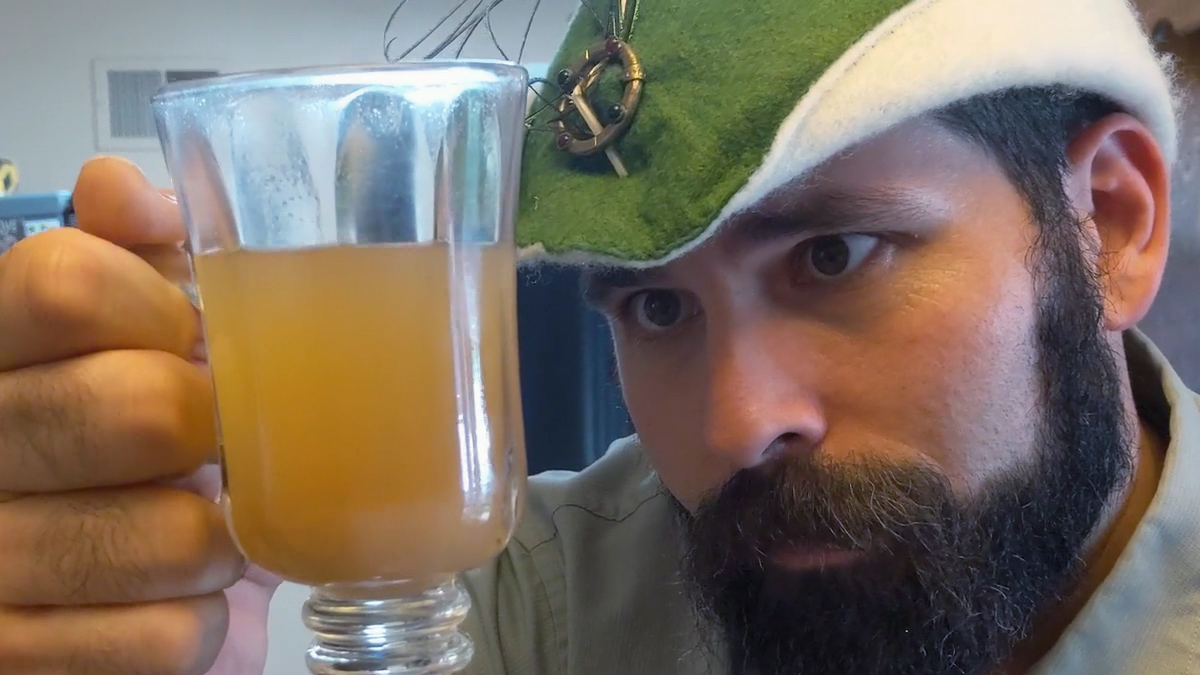 Compiled, curated, vetted, and cataloged links, websites, books, and resources all in one convenient spot. Find a wealth of resources to help guide you through and avoid the pitfalls of getting into or improving a living history or medieval reenactment impression. Though these resources are collected and presented for those focused on historically authenticity, anyone involved in medieval themed activities which could benefit from the historical aesthetic such as the SCA, LARPS, Cosplayers, Halloween Costumes, Theatrical Performances, and Video Productions can find beneficial articles, websites, and tutorials.